Your trip starts today in Casablanca. Transfer from the airport, transfer to your hotel / riad, visit the Casablanca medina dinner, the hotel.

After breakfast we will visit the magnificent Mosque of Hassan II and know the most emblematic points of the city. Later you will continue to Rabat, the administrative capital of the country, to make a brief panoramic tour of the city outside the Royal Palace and its gardens, the Hassan Tower and the Mausoleum of Mohamed V. We will continue towards Meknes to visit the city that is linked to the name of Moulay Ismail, the great sultan of the Alouita dynasty. Visit the walled medina, the Bab Mansour gate and the Hedim square. In the afternoon we arrive in Fes. Dinner and overnight at the hotel.

Visit the cultural and spiritual city of the country, and declared a Universal Cultural Heritage by UNESCO ‘full day with a guided tour of the oldest imperial cities. Founded in the year 808 as the first political, religious and cultural capital. We begin the visit through the golden doors of the Royal Palace. Then, from a high point we will see the wall that encloses an impressive and ancient medina. That will then travel from walking through the hundreds of sensations that awakens. We will discover the mosques and medresehs, karabansarais and religious places until we reach the neighborhood of the Tanners. Free time for lunch (not included) and we continue visiting the artisans’ neighborhood. Return to the hotel, dinner and overnight at the hotel.

After breakfast we left Midelt was questioned via Azrou. Later, we arrived at the cedar forest. Stop forced to see the monkeys in freedom. We will also visit the city of Ifrane (called the Moroccan Switzerland). Now we continue towards Merzouga passing through the valley of Ziz and Erfoud. In the afternoon we take the camels and go on a tour through the dunes to spend the night in the middle of the dunes under a nomadic haima.

Raised early to see the beautiful sunrise and up to the dunes, then ride the camels back hostel where you can make breakfast and continue to the gorges through Rissani, where you will have a little palms to visit its traditional souk, considered the largest of all the south of Morocco, we will continue towards the valley of the roses of the oases of Skoura. Arrival in Ouarzazate and hotel accommodation.

After breakfast, departure for the visit of the city of Ouarzazate: Kasbah de Taourirt; Cinema studios; the Kasbah of Aït Ben Haddou. After, we went through the village of Merzgane and the village of Tadart, lunch at the site. We continue along the paved Marrakech route through the Tizi-n-Tichka port. At the end of the day, arriving in the big city of Marrakech. 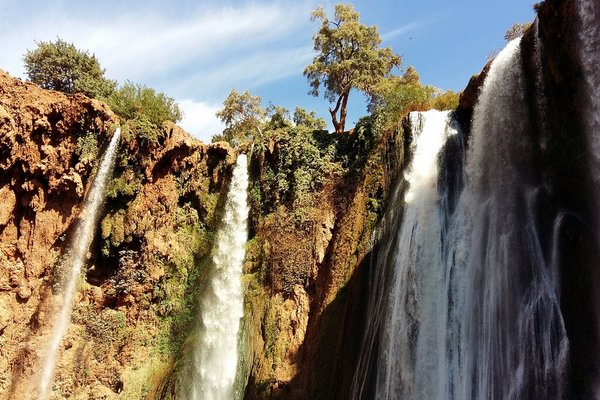 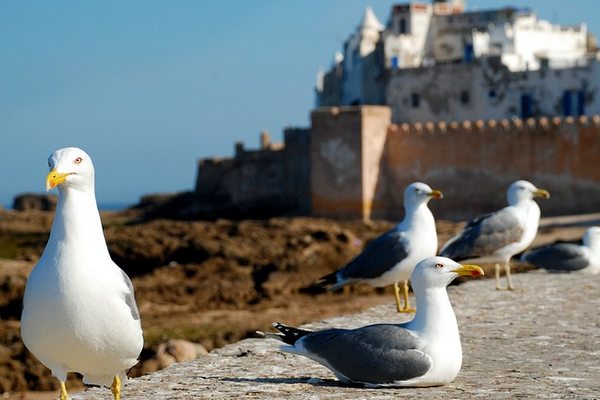 1 Day Excursion from Marrakech to Essaouira 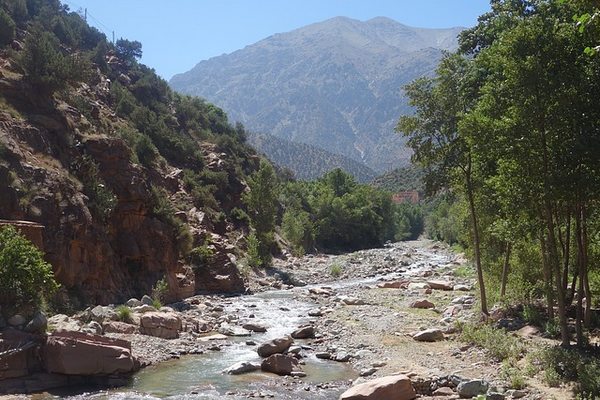